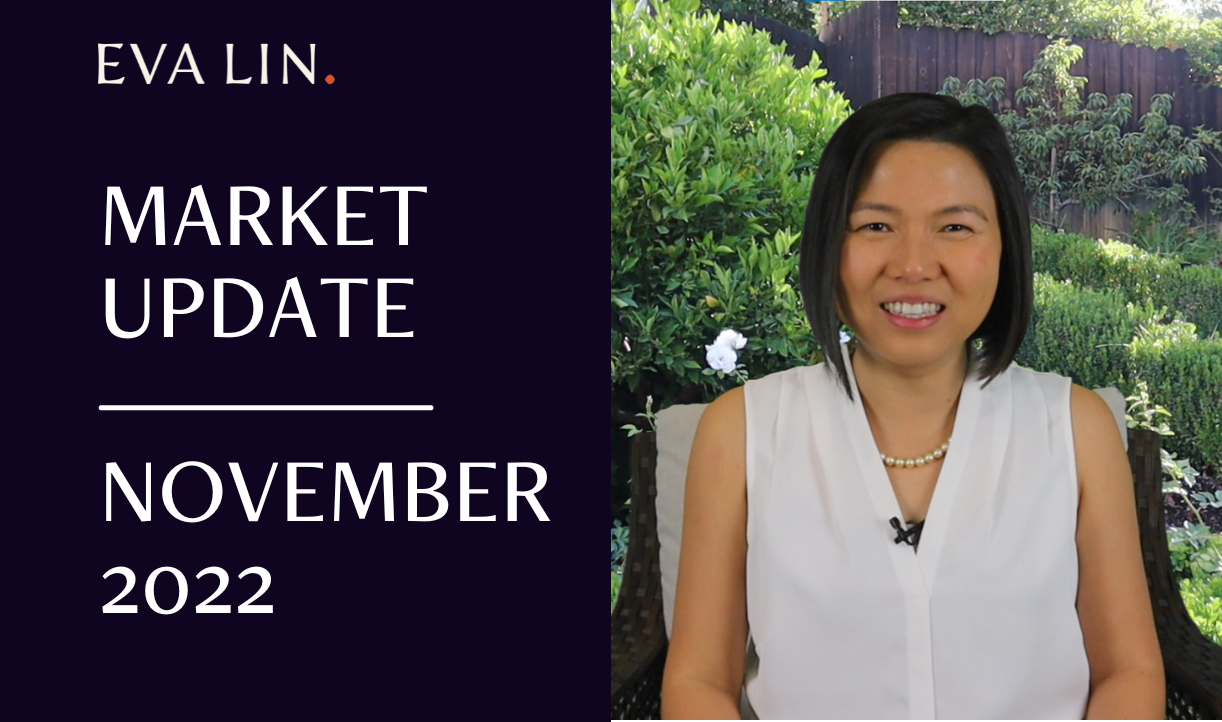 📈  Are local home prices bouncing back?

And how’s the market looking as we enter the slow winter months?

The latest sales data is in!

There are several important developments you should be aware of…

🤔 …if you’re thinking of buying or selling a home in the coming months.

Let’s start off with Pasadena because that’s where the data is most robust.

Back in May, Pasadena hit its all-time peak in terms of $/sq.ft. for single family homes at $873.

Every month since then, we’ve seen prices drop lower and lower.

That is, up until last month.

In October, the median $/sq.ft. increased compared to September and landed at $817.

⚠️ But, that’s not to say that prices have come roaring back.

Another way to measure property values is by looking at the median sales price.

In June that number was over $1.5M in Pasadena.

Here’s the important thing to know about all of this–

👉  Prices have certainly dropped from the all-time highs we saw during the springtime, BUT…

…the market isn’t in freefall.

The number of houses for sale still remains low.

Most homeowners are locked into a very comfortable interest rate…

…so they’re less inclined to sell their house.

📉  This translates to low housing inventory.

At the same time, some buyers are starting to become more comfortable…

…with the new landscape for interest rates and expect them to fall in a year or two.

Even though rates have gone up, some buyers are taking strategic action.

They’re buying a home now, while prices have dropped…

…and planning to refinance at a much lower interest rate in a year or two.

👍 In my opinion, this is a smart bet.

Looking back at the data you can see that interest rates have always fallen during a recession.

… we’ve already entered a recession OR we’re headed towards one.

Once rates drop, many buyers who’ve been waiting on the sidelines will jump back into the market.

💰 And they’ll probably need to overbid significantly if they want to win a great house.

But at present, prices have come down and there’s less competition.

…then these next few months are a good time to buy a house you love
(even though you don’t love your interest rate).

In a year or two, assuming rates do go down, you can keep the house…

…but swap the interest rate for a lower one by refinancing.

⚖️  So, these are the market dynamics keeping supply and demand relatively balanced.

We ARE entering the slowest months for local home sales with January almost always having the fewest sales of the year.

In October, only 43 Pasadena homes went into escrow.

🐌…an even slower winter market than normal.

For home sellers, this can either be good news or bad news.

In order to stand out from the crowd and draw the attention of those buyers who are looking during the holiday lull, your home must be:

If this is the case, you’ll still receive multiple offers and the price will be bid up!

On the other hand, if your home has a few drawbacks and isn’t necessarily in showcase condition…

…the wrong offer price will likely cause it to sit on the market until at least springtime.

And you’ll almost certainly need to have one or more price reductions.

It’s important to know that the market has changed drastically over the last 8 months!

Having the right strategy is crucial for homesellers right now.

🤚 For many of my clients considering a sale, my advice is simply to wait until after the holidays.

Demand is historically stronger then and interest rates are likely to be a bit lower.

For now, we’re spending the next few months tackling the low-cost, high-impact projects…

… that will cause their homes to outshine the competition when they do hit the market!

Median $/sq.ft. for a single-family home stayed flat month over month and is hovering around $980.

Median $/sq.ft. increased for the 2nd month in a row, jumping over $1,000 for the first time since April.

At the same time, the number of homes on the market (INVENTORY) in each of these cities…

…either stayed flat or dropped slightly.

These signs all indicate that although values had been dropping since Spring, the market isn’t in a freefall.

🤞 A “soft landing” for house values looks like a probable outcome.

So long as inflation data continues to be favorable, we’ll see an easing of interest rates…

…over the next year or two and greater housing demand.

Would you like to discuss the best approach for your upcoming home sale or purchase?

If so, reach out to me for a complimentary consultation!